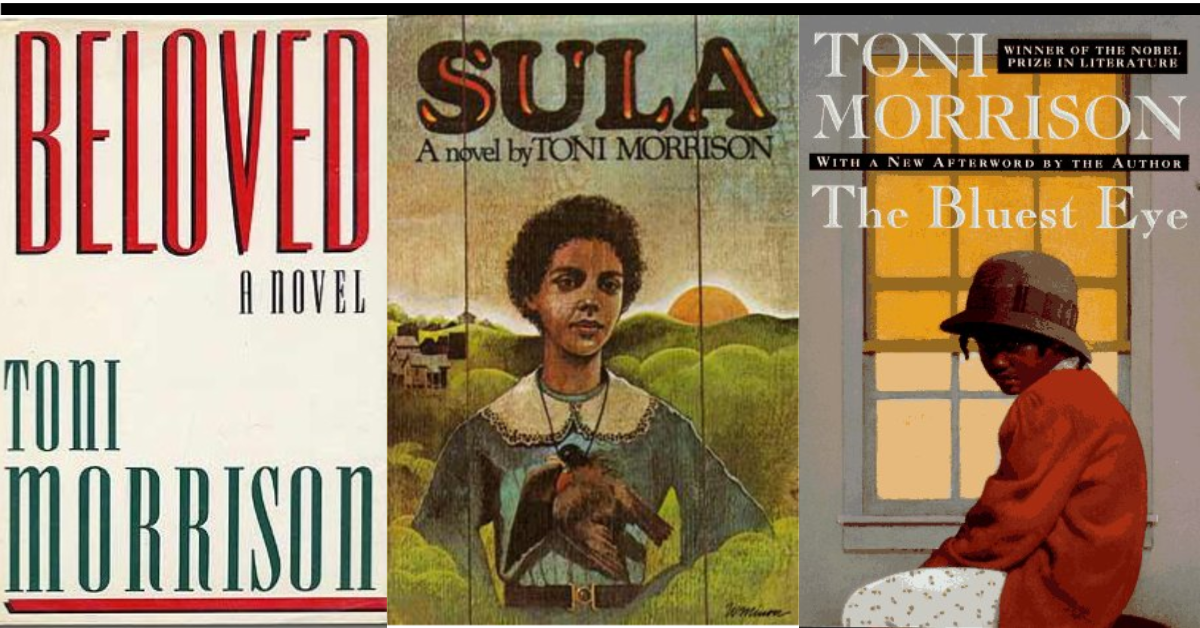 “I really only do one thing,’ the writer Toni Morrison, who has died at the age of 88, told Hilton Als in 2003, when she was profiled for The New Yorker. “I read books. I teach books. I write books. I think about books. It’s one job.”

Morrison, the first African-American Nobel Laureate in literature, was a giant of American letters, and it seems acutely poetic that her death should come at the very moment when the themes she explored so vividly in her work—the legacy of slavery chief among them—are at the forefront of national consciousness. But she was also a stunning stylist. When her first novel, The Bluest Eye, was published in 1970, The New York Times praised it for “a prose so precise, so faithful to speech and so charged with pain and wonder that the novel becomes poetry.” The novel was also a response to an absence. Morrison once told The Paris Review that as a child she wanted to be a reader, and thought that everything that needed to be written had already been written. “I only wrote the first book because I thought it wasn’t there, and I wanted to read it when I got through.”

Morrison continued to write books that weren’t there, including her Pulitzer Prize winning 1987 novel, Beloved. But she resisted the idea that her books were designed to be teaching moments for white readers, telling Als, “I wanted it to come from inside the culture, and speak to people inside the culture.”

In fact, Morrison’s richly empathetic books speak to everyone, and have become cornerstones of American literature. Presenting her with the Presidential Medal of Freedom in 2012, President Obama encapsulated her gift to the nation: “Toni Morrison’s prose brings us a kind of moral and emotional intensity that few writers ever attempt,” he said. “She believes that language arcs towards the place where meaning might lie. The rest of us are lucky to be along for the ride.”

Below, five curators at One Grand Books pick their favorite novels by Morrison.

Marlon James on Song of Solomon

“Three quarters of the way in, and Song of Solomon is merely one of the three best books I’ve ever read. But the last 60 pages are one of the most astonishing feats of writing I’ve ever read. I remember reading it standing up, almost in this fever, and so thoroughly believing the ending that I almost jumped off my balcony.”

George Saunders on The Bluest Eye

“The first time I read this book it transported me back to my early Catholic days on the South Side of Chicago, when the nuns put forth a model of Christ as a kind of superhero, whose superpower was love, defined as his ability to look with affection at anyone and everyone, no exceptions. Morrison models that capability here in this great novel, and reminds us that the first move in any assessment of a person or notion should be sympathy, based on the reality of our grand mutual suffering.”

“The character Sula was the first protagonist who made me feel okay with my own non-conformity, with the gray areas, with coloring outside the lines as a multiracial trans kid. Plus, Morrison’s writing about womanhood, convention and the fierce attachment of female friendship is astounding.”

Yara Shahidi on The Bluest Eye

“Still one of the only books that has left me in tears. Morrison’s words vividly depict how societal pressures and stereotypes become internalized, emphasizing the importance of self-love through a story of self-hate.”

“Toni Morrison’s miraculous prose is a show-stopper in this novel. It is the first time I remember being awestruck by an author’s talent. The blunt, colloquial dialogue punctuating a more nimble and filigreed narration style is a rhythm I have borrowed from heavily in my own work. Her ability to embrace the supernatural while never straying far from the familiar imbues the story with a fairy-tale quality in the old school sense, where horror shadows everyday life and wonder awaits you just around the corner. I grew up in Cincinnati, and my grandparents’ home in Indian Hill had a false wall for harboring men and women fleeing slavery in Kentucky. I felt deeply connected to this book, as if I were reading it as a member of Sethe and Denver’s troubled household in their tightly woven African-American community.”