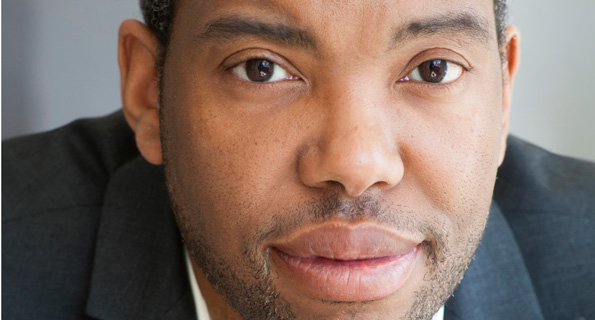 The Baltimore-born author of The Beautiful Struggle, and a national correspondent for The Atlantic, where he writes about culture, politics, and social issue, Ta-Nehisi Coates takes much of his personal credo from Barack Obama, who said during his 2004 presidential run, “I’m rooted in the black community, but I’m not limited by it.” His 2014 Atlantic article, “The Case for Reparations,” arguably made the question of compensation for those violated by the slave trade a mainstream issue. Coates won the 2015 National Book Award for Between the World and Me, which took its title from a poem by Richard Wright, in which the narrator imagines a scene of a lynching. Written as a letter to his teenage son, the book elucidates what it means to live in a black body in a deeply racist society, and won Coates admiring comparisons to James Baldwin. Last year Coates published his debut novel, The Water Dancer, set in the time of slavery.

Below are Ta-Nehisi Coates’s favorite books, available to purchase as a set or individually.