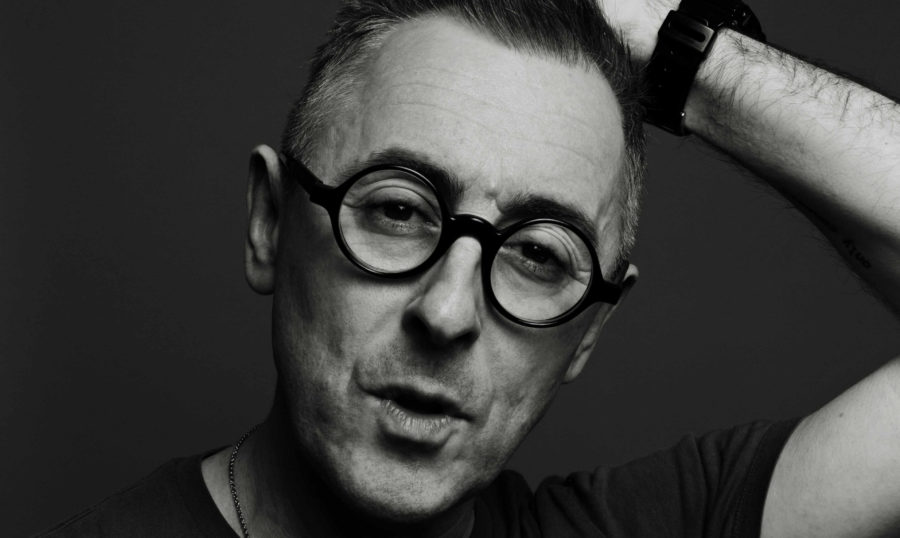 It is no surprise to find that Alan Cumming has E.M.Forster’s famous quote, “Only Connect” tattooed on his arm. One of our most engaging and versatile actors, he has been connecting with U.S. audiences since 1998, when he stepped into the shoes of the emcee in Sam Mendes’s award-winning Broadway revival of Cabaret. Since then he has charmed us in movies that run the gamut  from crowd pleasers like Spy Kids to intensely-observed indies such as Any Day Now, and made a reputation as resident scene-stealer Eli Gold on the long-running CBS courtroom drama,The Good Wife. In addition to authoring several children’s books, The Adventures of Honey & Leon, and Honey & Leon Take the High Road, he penned the candid and best-selling memoir, Not My Father’s Son. When he’s not acting, writing, or performing in his cabaret, you can catch him on the always-entertaining podcast, Homo Sapiens, which he co-hosts. His native Scotland is reflected in several of his favorite books, but he also leaves room for Christopher and His Kind, the real-life account of the people and events behind his Berlin novels on which Cabaret is based.

Below are Alan Cumming’s favorite books, available to purchase as a set or individually.