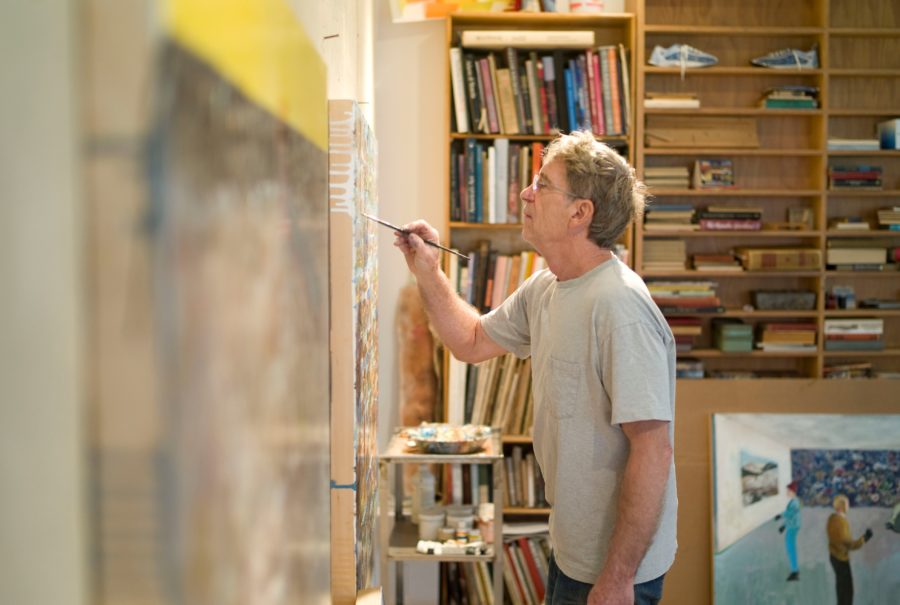 Best-known for his wry and deeply sympathetic portraits of his four-legged muse, Man Ray, a Weimaraner, the artist William Wegman raised pet portraiture to a rare level of sophistication. An exhibition of his work at the Brooklyn Museum in 2006 prompted the New York Times art critic, Roberta Smith, to declare that “dogs or no dogs, Mr. Wegman is one of the most important artists to emerge from the heady experiments of the 1970’s.” The critic Sanford Schwartz once compared a series of large format Polaroids of Man Ray in his declining years to the work of Robert Frank in his legendary collection, The Americans. He has also made many hilarious short movies, including “The Hardly Boys in Hardly Gold” in which his dogs play a canine version of the Hardy Boys. But Wegman’s range is wide, and his beloved Weimeraners are only part of it. Many of his paintings revel in a love of nature that reflect his boyhood in rural Massachusetts, while the starting point for his postcard paintings are vintage postcards that he expands into large, elaborate scenes that speak to the gap between reality and fantasy. A new show at the Shelburne Museum in Vermont, tracing four decades of the artist’s work, runs through October 20.

Below are William Wegman’s favorite books, available to purchase individually or as a set.