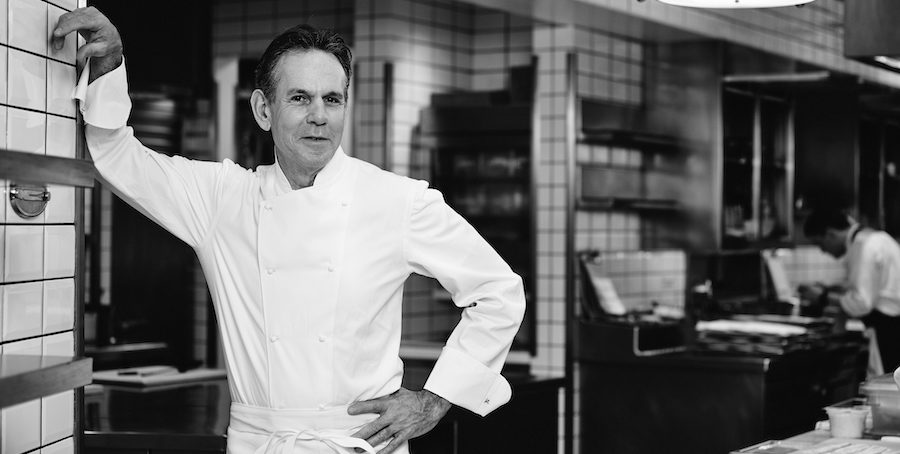 Six Michelin stars sit atop Chef Thomas Keller’s metaphorical crown—three each for the celebrated Per Se and The French Laundry restaurants in New York and California’s wine country, respectively. Keller, also the mastermind behind Bouchon (in New York, Vegas, and Yountville, California) is the only American chef to have been awarded three-star ratings from the Michelin Guide, and additional recognition of his work includes The Culinary Institute of America’s “Chef of the Year” Award, and The James Beard Foundation’s “Outstanding Chef” and “Outstanding Restaurateur” Awards. His latest restaurant, the TAK Room, has just opened in NYC’s Hudson Yards. He says he abhors the label of “celebrity” chef. “I shy away from that completely,” he told  Diablo magazine. “That’s not what I’m trying to be, and it’s not what I want to be. I’m trying to be a leader and set examples for the next generation.” Those looking for inspiration could start with this list of his ten favorite books.

Below are Thomas Keller’s favorite books, available to purchase individually or as a set.