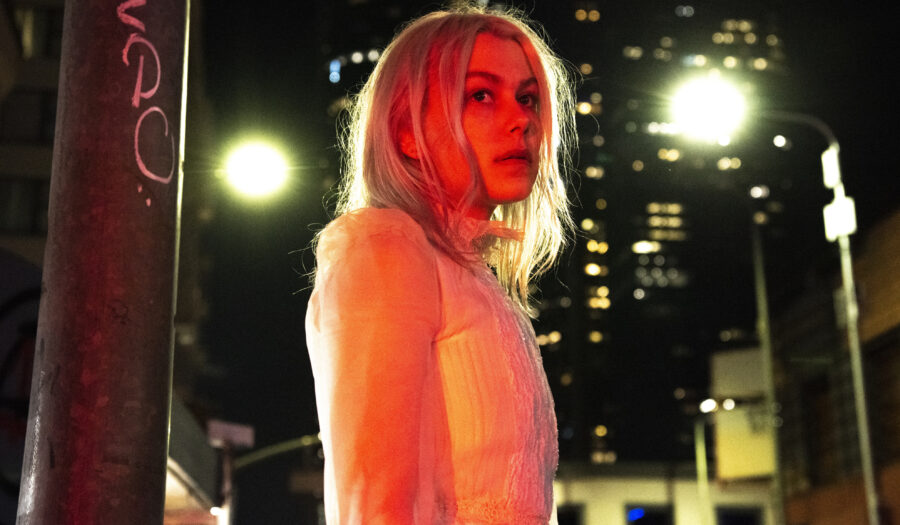 It’s an odd thing to have your career go into overdrive during a global pandemic, but that’s exactly what happened to the L.A.-based singer-songwriter Phoebe Bridgers. After releasing her sophomore album, Punisher, in June, Bridgers watched from lockdown as it rose to pole position on Billboard’s Emerging Artists chart. Instead of touring, she was at home like everyone else, cooking and tweeting and practicing her yoga postures.

Bridgers started playing guitar at the age of 13, and found her way into a punk band, Sloppy Jane, at Los Angeles County High School for the Arts that led to a series of spots in Apple ads (“minorly soul-sucking” she told The New Yorker) that featured in an Apple iPhone ad. Her debut album, “Stranger in the Alps,” was released in 2017 to widespread acclaim (“This is the arrival of a giant,” tweeted John Mayer) and was followed with a collaboration with Bright Eyes founder Conor Oberst recording under the name Better Oblivion Community Center.

Like Elliott Smith, one of her musical heroes, Bridgers songs are intricate stories of heartache and loss, but spiked with humor and wry observations. They can be melancholy and brightly impish at the same time. Little surprise that equally impish writers like David Sedaris, Elif Batuman, and Maurice Sendak make her desert island reading list. (Photo: Frank Ockenfels)

Below are Phoebe Bridgers’ favorite books, available to purchase individually or as a set.