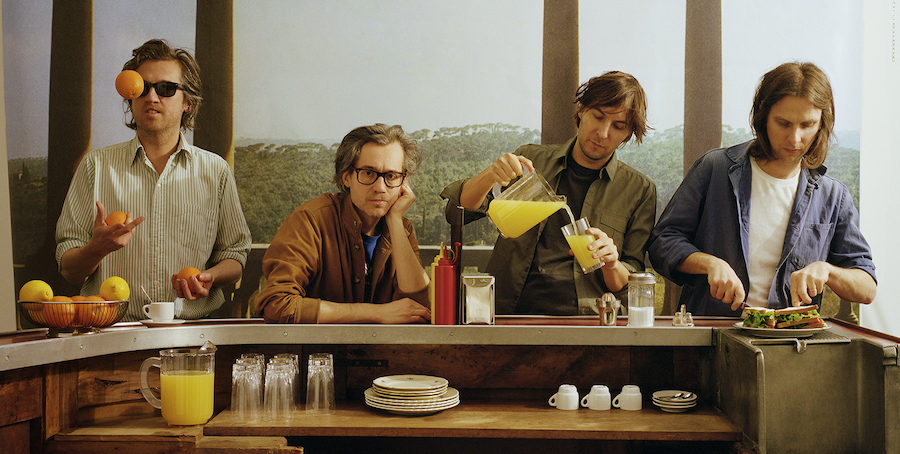 One of France’s most successful rock bands, Phoenix is best known for its platinum-selling single “1901” from its Grammy-winning 2009 album, Wolfgang Amadeus Phoenix. That album catapulted the band to international fame, including appearances on Saturday Night Live, Letterman, and Jimmy Kimmel, among others. Like fellow electropop darlings Air and Daft Punk, the band’s sound is rooted in a kind of kinetic whimsy that feels distinctly French. In June the band—composed of Thomas Mars, Deck d’Arcy, Christian Mazzalai and Laurent Brancowitz—released its sixth album, “Ti Amo,” recorded during a dark period in recent history in which France was left reeling from terrorist attacks and riven by insurgent right wing populism. But although it sprung from a time of tumult, “Ti Amo” retains the band’s signature note of cheeriness and fun. You can also hear Phoenix on the soundtrack to Sofia Coppola’s latest movie, “The Beguiled.” It’s not the first time that Coppola, who is married to frontman Mars, has turned to Phoenix to score music for her films. Lost in Translation, The Bling Ring, Marie Antoinette, and Somewhere all have a little Phoenix in their musical DNA.

Below are Phoenix’s favorite books, available to purchase individually or as a set.