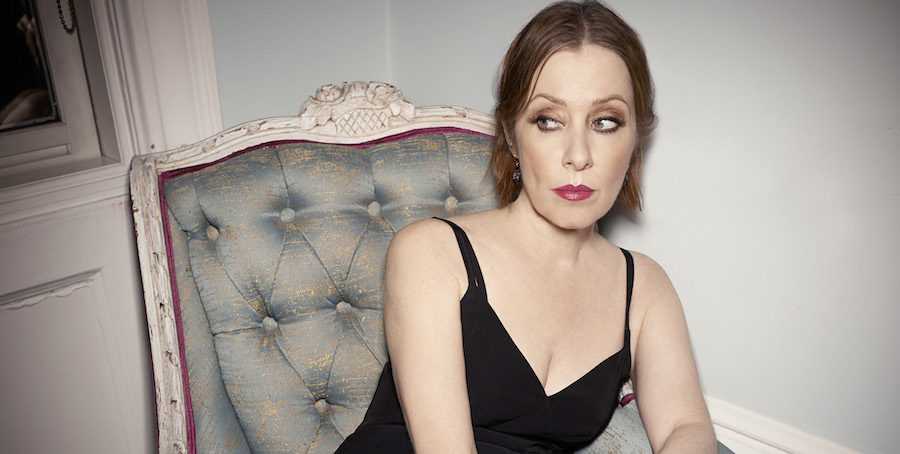 When Suzanne Vega was catapulted to fame with her 1987 album, Solitude Standing, which spawned the hits “Tom’s Diner,” and “Luka,” her life changed overnight. “It was thrilling to go from being a receptionist at a typesetting company in New York, to playing the Royal Albert Hall and selling millions of albums,” she recalls, before adding a significant caveat: “The difficult part of it was that “Luka” is a painful song about painful experiences, and a lot of people wrote to me to tell me about their issues with child abuse, and that was shocking to me—to realize what a huge problem it was.” Vega recently released a live album of her 2019 performance at New York’s famed Café Carlisle, for which she played a mix of hits and more recent songs taken from Lover, Beloved: Songs from an Evening with Carson McCullers, in which she channels the spirt and sensibility of the great American writer. The songs, some of which began life when Vega was studying English and Theater at Barnard College, are part of a musical play of the same name which will receive a premiere at Houston’s Alley Theater in 2018. Unsurprisingly, McCullers also makes an appearance on Vega’s list of favorite books, among other seminal works of the 20th century. Of her literary idol, Vega says, “She read everything, she knew all about everybody, and she was quite competitive, and with reason because she was very celebrated in her day, in spite of her outcast, underdog misfit persona.”