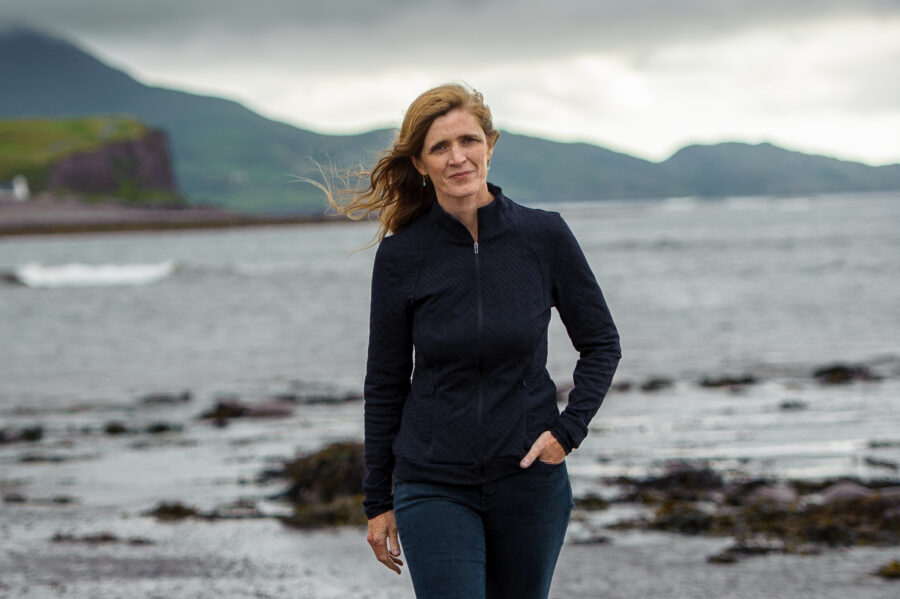 Watching Chinese tanks crush democracy protests in Beijing’s Tiananmen Square in 1989 was something of a baptism of fire for the young Samantha Power, who switched her focus from sports journalism to foreign affairs as a result. A few years later found herself in Bosnia as a 23-year old freelancer watching in horror as the international community failed to figure out a response to the ethnic cleansing of Bosnian Muslims (she once ran the Boston marathon wearing a T-shirt emblazoned with the words: “Remember Srebrenica – 8,000 Bosnian Muslim men and boys murdered”). Recognizing the limitations of journalism, she enrolled at Harvard Law School with the vague idea that she would find a path to the Hague to prosecute war criminals. Instead she wrote a Pulitzer-winning book, A Problem from Hell, charting the failures of successive U.S. administrations to respond adequately to genocide such as the one in Rwanda. From there it was a short hop from being hired as a foreign policy consultant by the young Senator from Illinois, Barack Obama, to her elevation to US ambassador to the United Nations. In her new memoir, The Education of an Idealist (published in paperback on January 26) she goes on the record with her deep frustration at the Obama administration’s failure to intervene in Syria after UN inspectors confirmed the use of sarin gas by President Bashar al-Assad. She also writes about failing to persuade the administration to recognize the 1915 massacre of Armenians as a genocide. In January 2021, her rigorous commitment to human rights was rewarded by Joe Biden, who announced Power as his nomination to head the U.S. Agency for International Development.

Below are Samantha Power’s favorite books, available to purchase individually or as a set.