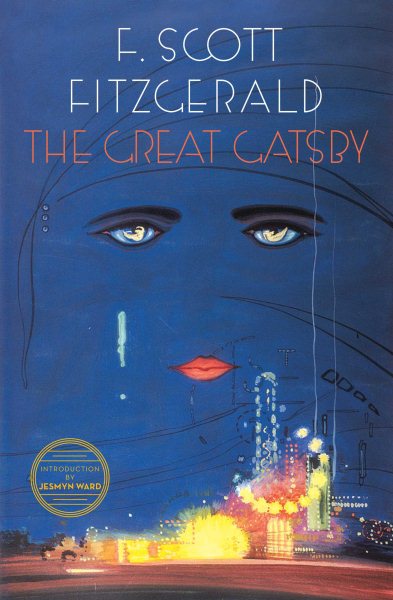 I'm a sucker for efficiency. This book gets so much out of what is, ultimately, a rather slim story. I adore it.

An unrequited love letter to the Jazz Age that manages to be both intimate, epic and achingly romantic about an era that almost never was.

This is often considered the greatest American novel of the 20th century—I waver on that sometimes but I love the beauty of its writing, its tabloid immediacy, the high body count, its modernistic touches, the relentless drama put into it's novella-length form. It’s not only an elegy for the jazz era but for the idea of the American dream.

I am not sure if I believe in “the green light,” like Gatsby, but I always feel an elegiac intimacy with New York and the dark fields of the republic when I reread it.

The novel that I reread the most. Melinda and I love one line so much that we had it painted on a wall in our house: “His dream must have seemed so close that he could hardly fail to grasp it.”

One of the most lyrical novels in English, and a perfect fable about the limits of the great American dream of self-invention.

This has the harsh tone of fictionalized life, and Jay Gatsby’s experiences draw heavily on Fitzgerald’s descent into alcoholism, and his wife Zelda’s succumbing to mental illness. Nobody in the English-speaking world has been able to write sentences like this author.

I’ve read this book at a few different times in my life, and each time it makes a slightly different impression on me. It’s about love and ambition and social class and envy. It’s very American, in the best way.

Is there a better, cleaner, more streamlined, and quintessentially American tale? The scope and scale of Gatsby’s world draws me back again and again. I plant my flag in the hard soil of enduring and impossible love. The American Dream is a form of impossible love, is it not? You grasp at it, you claw your way toward it, you compromise yourself to ascend the steps of the temple, but the treasure inside is made of nothing—a silvery thread of faith, thought, and hope. Seize it and it will disintegrate in your palm. Gatsby is the most vivid and surprising romantic figurehead of our modern age: proof that the wanting IS the having. Fin.

I reread this book every couple of years. I’m still trying to understand why it has me so completely in its thrall. It’s a mystery, wrapped in a dream. No wonder all attempts to film, dramatize or musicalize it have missed. These are not “real” people. They are ghosts of the American dream who continue to haunt us. Their laughter seems long ago but their sadness is contemporary.

You can adore this book for multiple reasons. The story, the style, the craft… There are no heroes here, just human beings, with all their flaws and failures. Although it is a book about a certain place and a time, and the dark side of the American Dream, it equally feels timeless and placeless, such is its universal appeal. The Great Gatsby is not a story you can read once and put aside, it is a book that deserves to be reread at different stages of life—a companion rather than a classic.